Inventory remains down, demand sky-high heading into the fourth quarter and 2020

The third quarter is wrapped and its real estate data are fresh off the presses. We’ve analyzed the stats to show where the market’s headed in the fourth quarter and into next year.

The number of Inner East Bay home sales continued a multi-year slide through the third quarter of 2019. The 4,016 single-family homes that sold represented a 4 percent drop from the number sold compared to the same timer period the year prior, and down 34.2 percent from the same period the last peak in 2009.

At the same time, single-family East Bay home prices are continuing a steady rise, jumping 5 percent to a median of $800,000 in 2019 through September compared to the same period in 2018, according to Red Oak Realty analysis of MLS stats.

Median prices have risen every year since 2012, though the year-over-year jumps are slowing. This matches an overall trend of slowing East Bay home appreciation.

The East Bay real estate market has one feature that continues to drive it: sustained demand. With area job creation at incredibly high levels, low unemployment rates, booming tech and biotech industries, and some of the nation’s best weather, people just want to live here.

Adding to this dynamic is the fact that it is incredibly expensive for developers to build homes here. Builders remain liable for up to 10 years after building a home and local building policies make permitting a costly, time-intensive ordeal.

What this means for sellers

The market remains a sellers’ market: prices are increasing and homes are selling quickly (the average time on market for a single-family home in September was 20 days).

With third quarter stats revealing a relatively normal East Bay real estate market, sellers who want to sell furthest over list price should sell in spring. That means they should be preparing to discuss their listing options soon, interviewing agents and preparing to the market in January or early February. Reach out to us for an expert opinion on selling.

What this means for buyers

Buying is less predictable. It’s very difficult to time the market when you’re buying. The following simple guidance holds in any market: buy the home that’s right for you. That right home could go on the market in the dead of winter or join the glut of homes hitting the market in the spring selling season.

Given that the East Bay has a standard real estate seasonality profile, buyers can focus their energies on off-peak times to find a diamond in the rough and avoid competition with all of the area’s buyers. More on that in an upcoming post.

Reach out to us to understand how to make the best decisions for you based on the latest real estate stats. 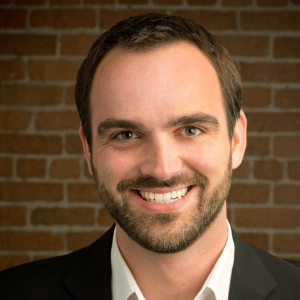 Peter loves design and fierce negotiation. His clients count on him for his tell-it-like-it-is approach to business and life.